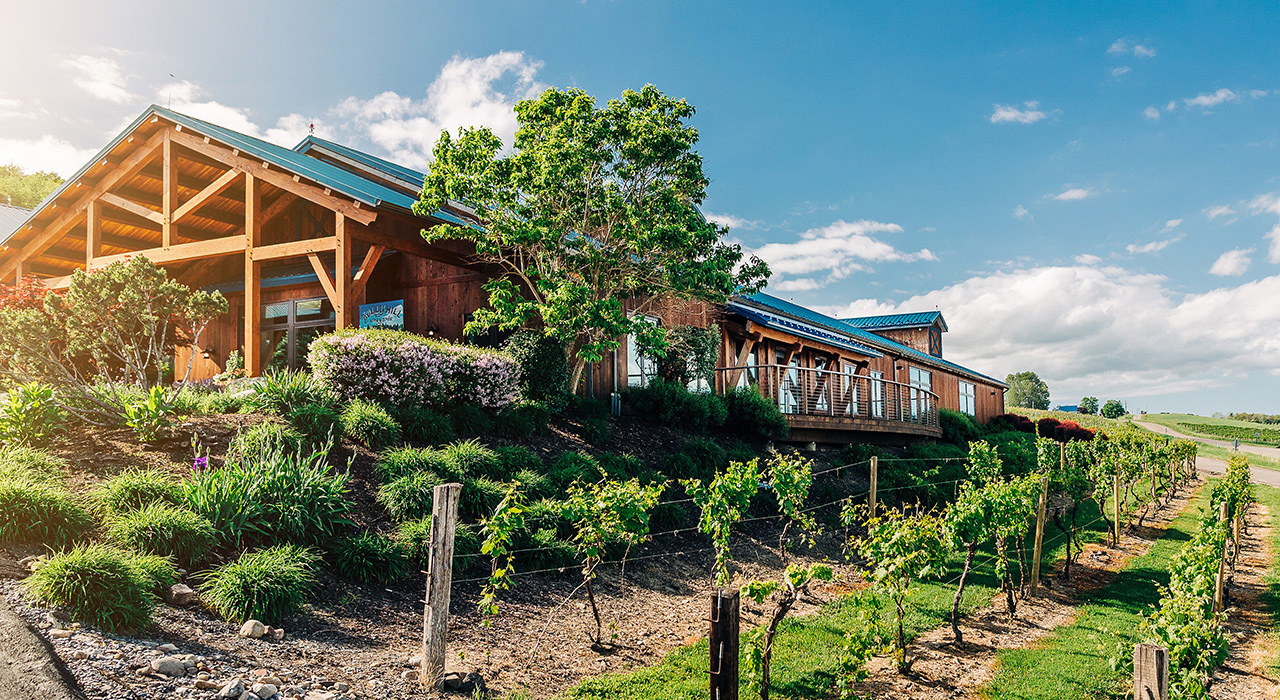 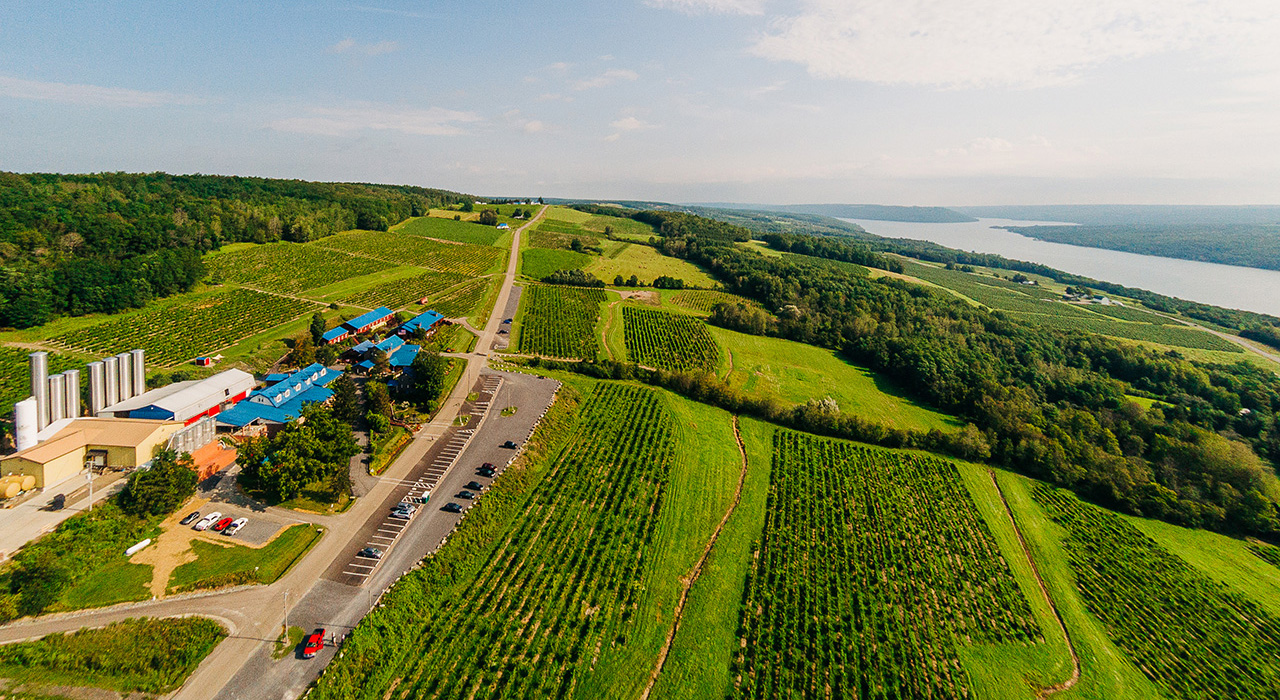 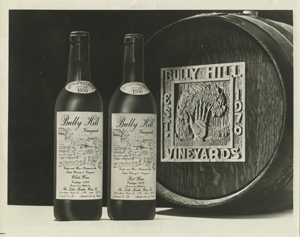 Bully Hill’s story begins when Walter joined the Taylor Wine Company as an Executive Vice President. He quickly realized that as Taylor grew it was becoming virtually impossible to control quality and preserve the honest family philosophy on which the winery was founded.

Walter became growingly concerned with the direction Taylor was taking under the protection of New York law—protection that let wineries deceptively make their wine under a veil of secrecy. Wineries could add dozens of chemicals, concentrates, water, and “foreign” juice to their wines without informing the consumer on the label. Deep in the middle of the night, under a veil of secrecy, wineries would receive deliveries of juice from California in “Tank Cars” to add to their wines. They could still call their bottle of wine a New York wine! 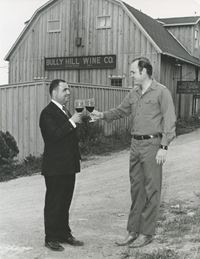 Walter became increasingly disgusted with this veil of secrecy and began to publicly speak out against these “Tank Car” wineries. In 1970 while addressing the Wine, Spirit and Whiskey Wholesalers of America Walter went as far as saying that, “When the wineries of Keuka Lake bottle their product the water level of the lake drops several inches!” Shortly after making that statement Walter was fired from the Taylor Wine Company for continuing to stir up controversy in the wine making world.

Determined to honor his family legacy by making honest wine with 100 percent New York juice Walter turned his attention to a new venture—Bully Hill Vineyards. Walter moved full steam ahead by pushing against the New York industry for their deceptive practices. He even purchased an old “Tank Car,” painted it pink, and placed it in the vineyards. He declared to all his patrons, “A tank car at a winery delivering juice is like a pink elephant in the vineyards!”

Everything suddenly changed in 1977 when Coca-Cola acquired Taylor Wine. One morning Walter came into work to discover that they had filed an injunction against him and Bully Hill Vineyards— preventing him from using the word “Taylor” on anything related to Bully Hill. Walter, believing that no one had the right to take his name from him quickly appealed but could not win against the behemoth legal team assembled against him.

In the end he was ordered to follow a list of stipulations dictating what he could and couldn’t “say” when it came to his name and ancestry. The list banned Walter: 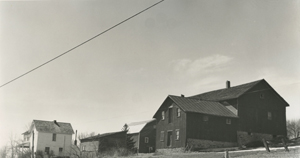 Adding insult to injury, Walter was ordered to hand over all his labels and promotional materials that violated the new court order to Taylor for destruction. Dressed in bib-overalls and a quilted vest he hopped on his motorcycle to lead a caravan of cars filled with supporters and a tractor pulling a manure spreader stuffed with all the materials set to be destroyed. As the caravan paraded through Hammondsport Walter’s supporters waved a painted sheet that decreed “We Love Bully Hill and America.” At Taylor, while Walter was handing over the materials for destruction the crowd behind him started to spell his forbidden last name, “T-A-Y-L-O-R.” A member of the crowd then screamed, “WHAT DOES THAT SPELL?” and the crowd roared back “NOTHING!”

After the parade the caravan returned to Bully Hill to celebrate. They all believed that Walter had won. Walter who did not share their sentiments believed that he had been ruined forever. How was he supposed to make honest wine and run a company founded on honesty when he couldn't tell people who he truly was? Walter, who normally never missed a day of life at Bully Hill, disappeared. As several days passed the staff at Bully Hill began to worry. They decided to go search for Walter and make sure he was okay. As they approached his office which sat in an old white barn at the Bully Hill farm they heard a scream. Alarmed and concerned they rushed up to the office door to find Walter dancing around his office exclaiming, “That’s it! That’s it! They didn’t get our goat! They didn’t get our goat!” Several days later Walter emerged from the old white barn with a new catch phrase and a brand new label for a “Goat White Wine.” Greeted by curious employees to see what he had been up to, Walter held up the new label and exclaimed, “They have our name and heritage, but they didn’t get our goat!”